BDHR Entertainment & Sick Flick Productions present Hatchet Lady. Hatchet Lady plays upon all those inherent fears that we experienced as a kid of a being alone in a spooky old forest, of hearing urban legends involving blood thirsty madmen who roamed around searching for their latest victim, but modernizing it with a feminine twist.

In Hatchet Lady, a young couple escape to a forest to engage in some tom foolery, but they should have paid attention to the local warnings of a "Hatchet Lady" who roams the forest looking for her latest victim, because this urban legend is about to become the stuff of real nightmares!

Funding for Hatchet Lady has been secured and filming is set to take place in late July. 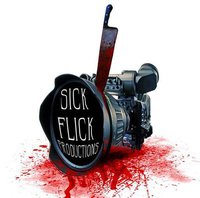