Every horror fan knows that one of the hallmarks of a slasher film is a great final girl.  Someone the audience can root for and someone who has the wits and guts to fight back against the murderous madman.  Virtually every slasher film has a final girl, and like anything else, some are much better than others.  After considering the literally hundreds of final girls from the hundreds of slasher films released over the years, I give you my picks for the Ten Best Final Girls in Slasher History.   Don't be afraid to comment and let me know whether you agree, disagree, or who you think was left off the list!


10.  Nancy Thompson (Heather Langenkamp), A Nightmare on Elm Street
Fighting and outsmarting Freddy Krueger is no small feat, considering he is able to stalk you at your most vulnerable  However, Nancy Thompson does just that while maintaining the nice, good girl image that is associated with a good final girl.    Her wholesome looks and innocent nature allow the audience to immediately form a connection with her and actually care about her nightmarish ordeal.  Nancy uses her smarts to trick Freddy, hence allowing her to seemingly defeat him. 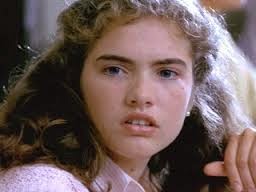 9.  Courtney (Cecile Bagdadi), Final Exam
Hands down the most underappreciated final girl in horror history, Courtney is the quintessential final girl; smart, wholesome, and not afaid to fight back when attacked by a psychopath.  Alone on a spooky college campus and discovering her friends have been murdered, she engages the killer in a breathtaking game of cat and mouse which is one of the best chase sequences in slasher movie history.  And like a good final girl, she ultimately gets the best of him. 8.  Jannicke (Ingrid Bolso Berdal), Cold Prey
Poor Jannicke and her friends just wanted to have an awesome ski trip.  Unfortunately, after one of them gets hurt, they choose the wrong old abandoned hotel to take shelter in.  Extremely atmospheric and tension filled, Cold Prey is easil one of the best slasher flicks released in the last twenty years.  The Norwegian film brilliantly plays with the American slasher conventions, including giving us a kick-ass final girl.  Jannicke is quick, clever, and definitely a fighter. 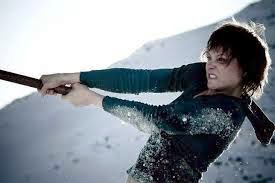 7.  Yasmine (Karina Testa), Frontier(s)
Frontier(s) is French director Xavier Gens wink to The Texas Chainsaw Massacre.  A group of friends escaping the violence of the city take shelter in a bed and breakfast that is unfortunately run by a group of butchering psychopaths.  And much like The Texas Chainsaw Massacre, Frontier(s) comes down to one final girl, Yasmine, who like Sally Hardesty, is mentally pushed beyond the limits of what is imaginable.  But unlike Sally, Yasmine does not let this get the best of her.  Instead she bottles her rage until the right moment and proceeds to fight back in the most brutal and unrelenting manner possible, proving she was definitely the wrong girl for this family of psychos to mess with! 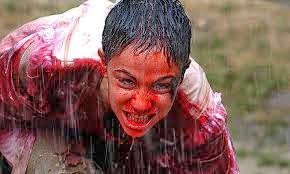 6.  Jess Bradford (Olivia Hussey), Black Christmas
Black Christmas was released a full four years before John Carpenter's slasher classic Halloween.  The films have obvious similarities, and though Carpenter's film deserves to accolades it receives, I have always found Black Christmas the more effective film.  The characters in Black Christmas are much more colorful and interesting and Jess is a perfect example of this.  The exact opposite of virginal good girl Laurie Strode, Jess is an strong-willed, independent young woman who refuses to be controlled or manipulated.  She makes a controversial decision, disregarding her boyfriend's desires because she knows it is what is best for her.   Jess was definitely a feminist before her time.  And when the times comes to face a maniacal killer, she does what she needs to do to survive. 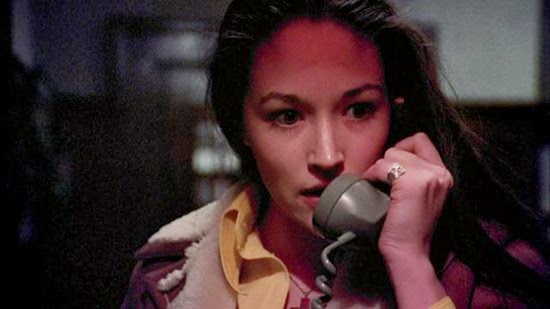 5.  Alice (Adrienne King), Friday the 13th
Alice is instantly likable and Adrienne King lights up the screen with her girl-next-door charm.   It is because of her extreme likability that we the audience grow to care about her and then, ultimately root for her.  When she discovers that her fellow counselors have all been brutally butchered, she resists the temptation of becoming a helpless, emotional mess and is not afraid to get her hands dirty with Mrs. Vorhees.  She fights back aggressively and ultimately wins  thanks to a handy machete.   However, it is a shame she was murdered so easily without a fight in the sequel. 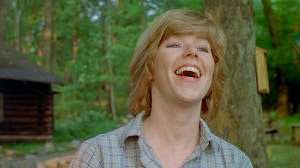 4.  Sidney Prescott (Neve Campbell), Scream
By the mid 1990's, the slasher genre was all but dead.  Scream came along and reignited the genre, creating a whole new generation of slasher lovers. Kevin Williamson's clever, tongue in cheek script walked the fine line of being a parody by acknowledging and poking fun at slasher cliches and conventions.  And of course, like any good slasher flick, he gave us a tough, likable final girl in Sidney Prescott.  Trying to deal with her mother's tragic murder, Sidney is a flawed character who, while initially your stereotypical virginal good girl, she certainly is not a character who is pigeon-holed to this characterstic.  What is great about Sidney is that the viewer witnesses her growth and toughening throughout the four films. 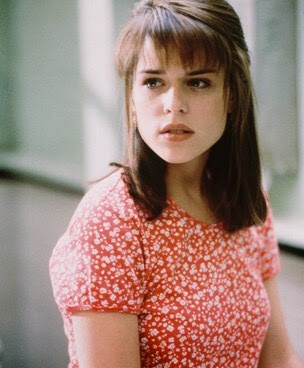 3.  Laurie Strode (Jamie Lee Curtis), Halloween
Yes, Jamie Lee Curtis is the "Scream Queen," and I bet many probably thought Laurie Strode was a shoo-in for the top spot.  Yes, Jamie Lee Curtis is a brilliant actress and her Laurie Strode truly is the quintessential final girl:  meek, innocent, virginal, the goody two shoes.  She successfully fights back against Michael Myers, though it is really Dr. Loomis who saves her from being murdered in the first two films.   And though she is pretty bad ass in Halloween: H20, in Halloween: Ressurection, she is resorted to a mummbling nut case who becomes a much too easy target for Michael Myeres.  Still, it is hard to deny that Laurie Strode is the archetype of final slasher girls. 2.  Erin (Sharni Vinson), You're Next
Move over, Laurie Stode.  Meet Erin.  You're Next final girl Erin is a prime example of the evolution of the slasher final girl.  Not the least bit meek or mild, Erin harbors a secret that allows her to outsmart a group of homicidal maniacs and successfully engage them in their own game.  She's clever and has a survival instinct like no other, using whatever she can to fight back against her attackers with absolutely no mercy.  Erin is a final girl for the new generation, as her seemingly harsh, no nonsense approach to surviving is much more refreshing than watching a crying, hysterical mess going through the motions in order to defeat the killer. 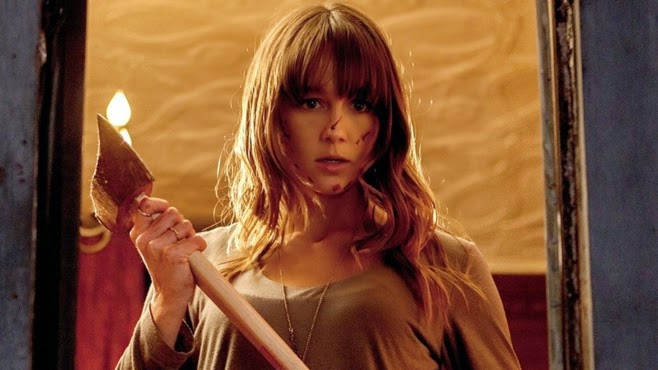 1.  Ginny (Amy Steel), Friday the 13th Part 2
Killing off Alice, the sole survivor from the first film, in the opening scene of Friday the 13th Part 2 was a risky move, but also illustrated that the sequel meant business.  While it was depressing to see Alice disposed of in a such a gruesome manner, all was made better with the introduction of the sequel's heroine, Ginny.   Ginny is beautiful, bubbly, relatable, and when the time comes, extremely resourceful and intelligent.  She goes toe to toe with Jason Vorhees in one of the most exciting climaxes in horror history, and ultimately knows exactly what to do to get the best of him.  She exemplifies everything a great final girl should be and it is no wonder that legions of Friday the 13th fans declare her as their favorite character (besides Jason of course) of the series. 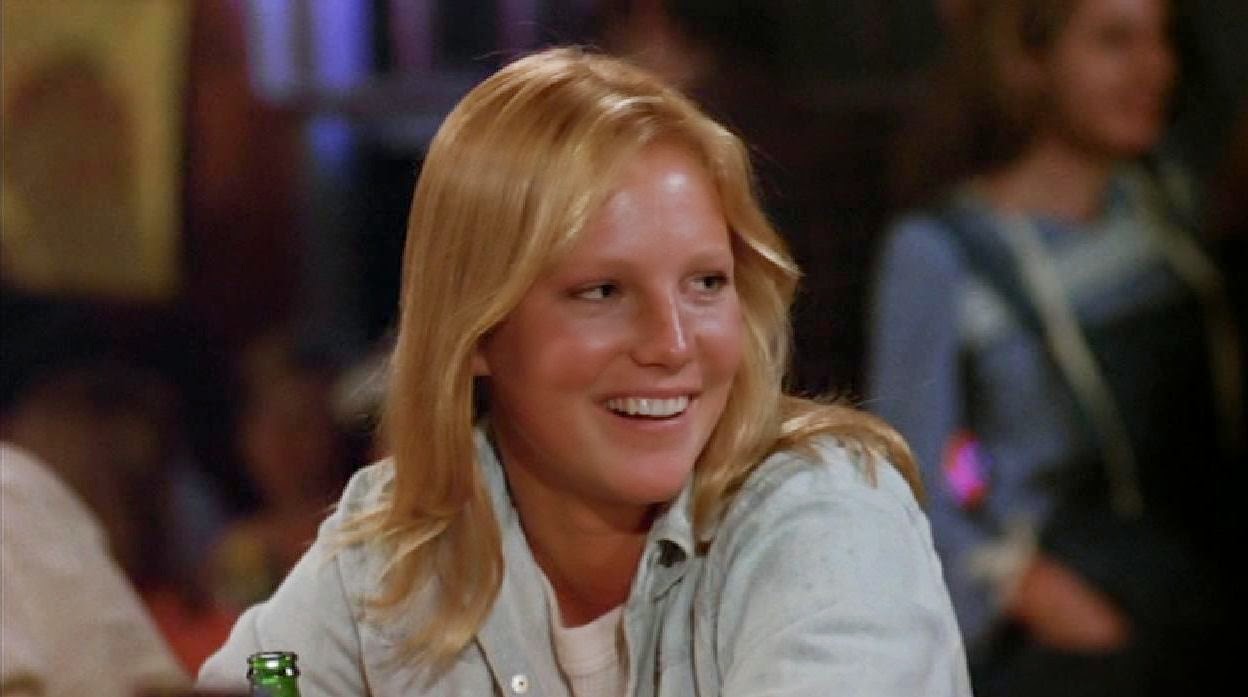