I conclude the list of Fright Meter's 50 Obscure Horror Films Every Horror Fan should see by revealing numbers 10 through 1!

I hope you've enjoyed the countdown of these wonderful, yet sadly overlooked films, and I do hope you discover a few films to add to your viewing list!

A group of sorority girls and their boyfriends are stalked and murdered by a madman in this love letter to the 80's slasher era.  It is great to see a slasher film handled by someone who is an obvious fan of the genre, and director Justin Russell goes to meticulous lengths to ensure this film looks and feels like it came from the golden era of the slasher film.  He exceeds brilliantly, and the result is a suspenseful, gory little film that will have slasher films giddy with excitement, nostalgia and appreciation that someone finally got it right!

Another love letter to the 80's slasher era, but be warned, Gutterballs is seriously not for the squeamish or easily offended.  Director Ryan Nicholson is an obvious gorehound and fan of exploitation flicks and Gutterballs holds nothing back.  After a very brutal rape at a bowling alley, those responsible are stalked and murdered in the most brutal ways imaginable during an all night bowling marathon.  Heavily inspired by 80's slasher films, Gutterballs is a ballsy, blood drenched film that will have fans of even the most extreme horror looking away in disgust.  (Read our full review here).

Predating Friday the 13th and many other backwoods slasher films by several years, Bloodstalkers in an extremely obscure film that tells the tale of two couples who head deep into the Florida Everglades for a relaxing weekend in a remote cabin.  Their getaway turns into less than the relaxing frolic they were hoping when, in addition to be hassled by hillbilly backwoods locals, something or someone begins stalking them at their cabin.  Replete with an almost gothic atmosphere rarely seen anymore and some chilling imagery, Bloodstalkers is a great example of where the genre got its start. 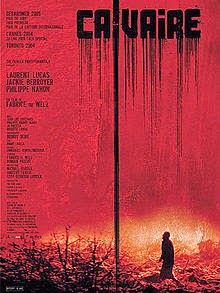 This little gem from Belgium is truly disturbing and bizarre. Viewing it is like watching a nightmare and there are scenes that are so unique, yet highly creepy, that it just may have you rewinding to watch again, just to make sure you saw what you think you did.  The plot deals with a musician who is traveling alone to perform a Christmas concert.  Along the way, he crashes his van and is rescued by the seemingly nicest old man in the world.  Well, that facade soon fades and the musician finds himself subjected to some the weirdest, most disturbing psychological torture ever captured on film as the old man attempts to use the magician to replace his recently lost wife.  Highly stylized and unique, Calviare is the perfect example of the type of quirky horror film that would not be made in America.

Following in the footsteps of backwoods films such as Deliverance, Rituals focuses on five friends who take to the wilderness for a weekend getaway.  Unfortunately, they choose the wrong location, as they are methodically stalked by a mysterious hulking figure.  Survival instincts kick in as the men are put to the ultimate test.  Beautiful, yet chilling cinematography, great acting, excellent pacing, interesting characters, a sinister tone, and unpleasant scenes of violence make this one of the better backwoods survivalist horror films; how or why it is not better known is truly a mystery.

Megan is Missing is a film that simply put will leave you deflated and depressed for days.  It should be required viewing for every parent of a teenager.  Told through webcams and found footage, this cautionary tale tells the story of two teenage best friends, Megan and Amy.  They are typical teenage girls who enjoy talking about boys, going to parties, and just hanging out.  When Megan begins chatting with who she believes is a teenage boy from a neighboring town on an online social network, Amy becomes suspicious.  Turns out, her suspicions were warranted when Megan goes missing after a planned meeting with this mysterious online boy.  Amy acts on her skepticism regarding this kid and reaches out to him.  This proves to be a devastating mistake.  Some hokey acting and minor pacing issues aside, Megan is Missing is an important, frightening film.  Things like this truly happen and the last twenty minutes of the film are easily some of the most brutal, difficult to watch scenes ever filmed.  This one may even have you reconsidering your social network habits. (Read our full review here).

Perhaps the paramount example of extreme Japanese horror, 1988's Evil Dead Trap was so far ahead of its time and American counterparts in terms of violence, imagery, and artistry that it even rivals the genre films released today.  A news anchor takes her crew to an abandoned factory to investigate reports that a snuff film was made there.  It turns out something more sinister is lurking in this factory and begins murdering the crew in very elaborate and very bloody ways.  The imagery in this film is the highlight, as the gore and elaborate set pieces take front seat.  However, the Cronenbergesque turn the film takes in its final act perfectly illustrates how Japanese filmmakers do not abide by any genre rules or constraints.

Before he brought us the highly acclaimed The Others, director Alejandro Amenebar took a darker look at human nature with 1996's Tesis.  When college student Angela comes across a film that shows a young girl being tortured to death, she becomes focused on discovering the source of the video.  She enlists the help of a fellow student who is extreme movie fan and the two embark on an journey that takes them far beyond what they could have ever imagined.  With its sinister tone, unexpected twists and turns, respect for its characters, and suspenseful build up, Tesis is compelling and thought provoking.

Here it is.  My number one pick for the most obscure horror film that every horror fan should see.  The brilliantly unique and ambitious Hell's Ground.

Hell's Ground has balls and is easily one of the best horror films of the last fifteen years.  It is such a unique, highly ambitious film that it is completely safe to say that you have seen and will see nothing like it.  A group of Pakistani teenagers on their way to a rock concert get more than they bargained for when they encounter first a group of infected flesh eaters, and then easily the creepiest and most kick-ass killer of the last twenty years; a hulking monster dressed from head to toe in a burka and swinging a spike ball on a chain.  The film will have horror fans grinning with glee at the very successful blend and reference to virtually every popular and successful American horror film ever made.  The film has buckets of atmosphere and the last fifteen minutes will have you glued to the edge of your seat.   Who knew that Pakistan could produce one of the most stylish, effective horror films of the last couple of decades?  It is just a shame more people do not know about it.   (Read our full review here).