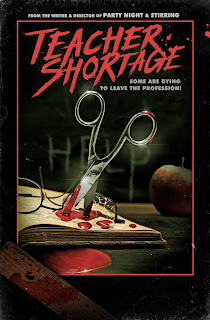 Plot Synopsis:  What is supposed to be an educational and collaborative weekend professional development session for the English Department of Prescott High School instead turns into a blood soaked nightmare when a masked killer targets them.

Casting for the film will begin soon, and Escamilla hopes to launch a crowdfunding campaign for the film this fall and get the cameras rolling in early 2019.

In the meantime, fans can keep up to date on the development of Teacher Shortage by liking the official Facebook page:  https://www.facebook.com/pg/teachershortagemovie/