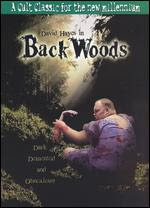 Oh my. I remember reading some decent reviews on this film on various sites, so I decided to check it out. Well, from the first frame my jaw was on the floor. Not because of how gory or creepy this film is, but rather how downright awful and sloppy it is. I don't have a problem with low budget movies at all. In fact, I respect anyone with the dedication to put an ultra-low budget movie together (believe me, this is as low budget as you can get!!) as long as they make a decent attempt to make the best use of what they have. This effort has so many things wrong with it that it's amazing the people involved wanted their names attached. and I can't imagine they put their full efforts into this film. And please don't listen to the sites and reviews that claim that is film is a parody of the genre and/or is more a black comedy than horror and isn't meant to be taken seriously. This film doesn't succeed as a black comedy or a parody because of the sheer sloppiness of its production. I laughed my ass off many times during it, but more because of the sheer stupidity of what I was seeing; terrible acting, terrible direction, terrible special effects. Ultimately, everything about this film ends up being terrible and any attempts at humors are overshadowed by everything else that is wrong.

The film begins a back woods "woman" who has been pregnant for thirty years by a guy named Deek, who left her after she became pregnant. She finally gives birth, quite unconventionally, to Luther, a 30 year old, 300lb retard. Momma is obviously Luther's only support or human contact, as it appears that he has never left their back woods home. When teenagers accidentally run his Mommy over and hide the body, he obviously is not too happy and decides to go on a murderous rampage to seek revenge. The film then basically consist of the annoying, unattractive "teens" who can't act for their lives, being stalked and murdered by the 300 pound Luther. Throw in some secondary characters for him to murder, such as a hick gas station attendant and a doofus cop, and you'd think there would be some decent gore. However, the murders basically consist of Luther swinging an object and an immediate camera shot of a body part of piece of clothing flying through the air. Oh, and we mustn't forget one of the most ridiculous scenes I have ever seen that involves Luther chewing one of the teenager's breasts apart, but it is SO obvious that they are hunks of nylon and plastic that it is unbelievable. I don't know what else to say about this...the film quality is POOR, sound is POOR, special effects are POOR, and it is chalk full of continuity errors. I guess it may not be a total loss for some people because it can provide some laughs and could be used as a How Not To Make A Movie Guide for aspiring filmmakers. Otherwise, avoid because this is truly on of the worst movies I have ever seen.

Email ThisBlogThis!Share to TwitterShare to FacebookShare to Pinterest
Labels: Backwoods