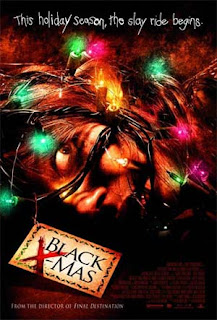 If you are a fan of the original like I am--I believe it to be the best horror film EVER made--you may want to stay clear of this remake unless you can have an open mind. I knew that it was never going to surpass the original, so I went into the theater eager and curious to see just what exactly Glen Morgan would do with the story of little Billy and Agnes. Well, what he did was pretty much say "SEE YA!!" to the concept of the original and gave us a no-holds bar gore and slash fest that rivals anything seen in theaters in a long time. He also had no reservations about revealing EVERYTHING about the killer and his motivations, which I know has pissed off fans of the original. After all, the effectiveness of the original relied heavily on the fact that viewers knew almost NOTHING about the killer, except what he revealed on the eerie phone calls.

This film is quite short relative to the original and a lot of screen time is dedicated to the backstory of Billy and his agonizing childhood. While this is entertaining, what it does is take time away from the character development of the sorority sisters which the original spent a lot of time and effort building. None of the sorority gals here really have no distinct personalities of their own (there is no Barb or Jesse type characters) but just seem like a blend of ALL characters from the original. I was even confused at points about which girl was what character, as their names are barely even mentioned throughout. It's obvious that they exist solely to be butchered and not for the viewer to connect or sympathize with. The house mother, who was brilliantly characterized in the original by Marion Waldman (played in this version by Andrea Martin, an alumni of the original) isn't even developed very well at all and is certainly not the comic relief fans would expect. I was also extremely disappointed at the "phone calls"--an unsettling staple of the original--which were almost left out of this version and the two or three that were thrown in were not nearly as creepy or disturbing as they should have been. So much of what made the original film such a great film is excluded here. It's almost like this didn't even need to be a remake--with a few tweaks, the film could have stood on it's own.

However, when you get done comparing this remake-and we may just admit that it pales in comparison to the original-to the original-what you do have here is one hell of a fun, gory slasher movie. It's fast paced and certainly ominous in spots. The deaths are pretty disturbing and over-the-top and gore hounds should be pleased. The whole Christmas element is definitely played up more here, which makes the deaths and the situations that unfold just that much more disturbing. The killer is pretty creepy looking and pretty ruthless and brutal. The climax in the attic is very well done and has to be one of the best horror sequences in recent memory. I mean, a Christmas tree decorated with human body parts topped with a decapitated head?!? You have to give the film props just for that! However, the ending hospital sequence felt tacked on at the last minute and I wish the filmmakers could have thought of a different way to end the film. It didn't do the rest of the film justice.

As much as I did find this film entertaining, I still can't help to think what it could have been if Morgan was more concerned about doing the original film justice rather than seeing how far he could push the gore factor. It could have been the horror movie of the year had it been in more careful hands. Instead, it becomes a cliched film that only offers more ammo for people who already dislike and dismiss the genre.